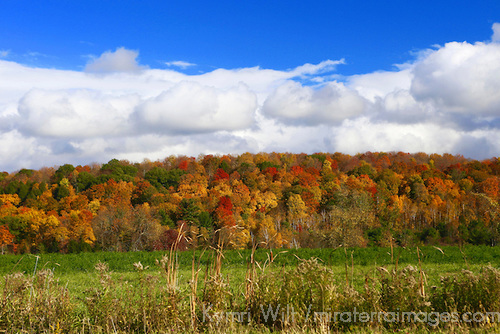 “The trees are in Kodachrome all over Vermont. And I’m that car that keeps pulling over. Nature, you win.” - me.

It wasn’t until I posted my first instagram photo from Vermont that suddenly people I’ve known for years were all like “oh, my home state!” Many of you know a lot more about Vermont than I ever will. And, I’m sorry, but I didn’t read your articles, blogs, recommendations or instagram feeds before I went. I got short notice for a last minute assignment, and negotiated an extra day/night plus a rental car so I could explore a bit more of the state. Turns out the east coast contingent of my family happened to also be in Vermont that weekend – how could I miss a chance to see my great-niece? Plus, my lifelong friend from college had bought herself a farm somewhere in Vermont, and I wanted to check it out. So, yeah, I was determined to cover as much ground as I could in the free 48 hours before the job.

As I packed, the temperature in San Diego was 91 degrees. I looked up the forecast for my destination, Stowe, Vermont, and these little tiny white symbols showed up. Now I’m no expert on weather, but I’m pretty sure they were predicting snow. “I’ll believe it when I see it,” I thought to myself, and threw on my puffy winter jacket as I headed out the door to the airport.

It really hadn’t even occurred to me that the seasons were changing in other parts of the country. My friend with the farm, Marie (whom I went backpacking to Egypt with in 1986, and rock-climbing in Arizona with in 2006), tells me she’s two hours south of Burlington, so I asked “How’s the drive, scenic?” Yes, duh, it’s Vermont. “Any fall colors?” I ask, figuring its still summer everywhere else like it is in San Diego, and those snowflake symbols in the forecast were a mistake. Her response was music to my ears….“Yes, lots of colors right now, height of the season.”

No WAY! I was really going to hit Vermont during peak fall foliage? I couldn’t get on that plane soon enough. I left a golden glowing sunset on the west coast, and woke up to a golden glowing landscape on the east coast.

The rental car clerk offered me a navigation unit. I declined, and asked for a local map – I prefer having the freedom to get lost and take a scenic road without a computer voice pestering me to “make a u-turn,” and constantly trying to set me back on the straightest route from point A to point B. Besides, the directions to my friend’s farm were visuals like “cross the creek, second dirt road on the left, look for the big new barn in the middle of a field.” Those are the kind of directions I prefer, being a visual, that’s pretty much how I roll.

So in this recap of my road trip, I’m not going to tell you what roads are the best, where to eat, where to sleep, what are the must-see’s, because, in all honesty, I pretty much winged it without any research whatsoever. I don’t know if I happened to hit the best route, or if it’s all gorgeous, or if you’re going to tell me “you should have gone this way.” I don’t care. As far as I’m concerned, I did it exactly right. I was in Vermont, with free time and wheels, during peak fall season. And I ate some pretty fabulous food too.

So to quickly summarize the first day: From Burlington, I went south on 7, and at some point I drove through the (beautiful) campus of Middlebury College. Then I continued south on the 30, east on the 4, south on the 133 and west on the 140.

The further south I got and the later in the day it became, the more the trees were lit like fire, and I kept pulling over. The sky was summer blue, there were a few puffy white clouds, and really, it could have been a summer day had the trees been green.

The nearest town to my friend’s rural farm was Middleton Springs. Don’t ask me road names, there were back roads and dirt roads involved, but I found it before dark, which was my goal as there’s no wi-fi or cellphone service at her farm.

There was much to get done on the farm, as the first “freeze” was forecast for that night, and she would lose anything not yet harvested. The sun dipped behind the mountain, and the temperature dropped. She cooked a farm fresh dinner – beans, kale, herbs, stewed apples - everything grown right there except rice. It was cold, and she fed the wood-burning stove for heat. I bundled up and slept well. The next morning, I peered out the window and sure enough, white frost had covered the ground.

From my friend's farm in #Vermont, these #sunflowers fade in last light of the evening of the first freeze. #falldays #fall #nature #naturelovers #ig_nature #igvermont #lovermont #flowers #ig_flowers
A photo posted by Kymri (@kymri) on Oct 24, 2015 at 3:44pm PDT

I desperately needed coffee, which she didn’t grow on the farm, and didn’t have on hand. Good thing I planned to set out early, as the nearest coffee would be at a Dunkin Donuts located 3 towns and 16 miles away. We scraped the ice crystals off the windshield, and I hit the road again, heading into Poultney, making a right at the intersection, and heading north to Castleton (hereafter referred to as “Dunkin Donuts Coffee Mecca”). May I just interrupt this post right now to say it’s true, what they say. Dunkin Donuts coffee IS better than Starbucks.

So with hot coffee in hand, I could relax and continue back north to Burlington, and then Stowe, where I would follow the rustic farm stay with a night of fine dining, luxury and comfort at TopNotch Resort. There, I’m doing what I said I wouldn’t do, almost. I wont say “you must stay here,” but I’m just going to say that I did and I loved everything about it.

Here are some favorite scenes from Day 1:

"Vermont in living color." - me

Here are some favorite scenes from Day 2:

"The best roads are the back roads." - me


Day 3 consisted of a drive through the scenic mountains of northern Vermont, to the border of Canada, and back to Stowe. While this day was a work assignment, most of which was spent behind the wheel driving the 2016 VW Passat, I did manage to take a few more pictures and videos.

Here are some favorite scenes from Day 3:

"Vermont has cured me of seasonal deprivation." - me

The greatest thing about my short notice long weekend trip was that I truly did get to experience all four seasons in a day, and that included a first snowfall of the season, which was nothing short of magical.


Be sure to check out my other Road Trips for Cameras:

This post is part of #IGTravelThursday, be sure to check out more of these wonderful visual travelers!