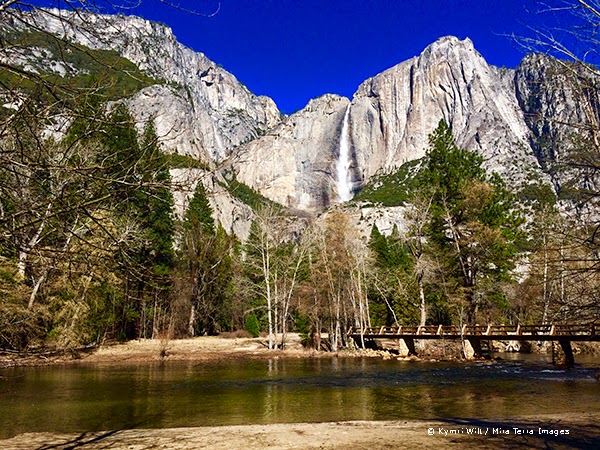 The iconic and impressionable landscape of Yosemite National Park is one that lingers. Long after the photo is taken with a camera, the photo captured with the mind continues to develop, as fresh as the moment you first set eyes on it. Years pass, and there it is in the mind’s memory - vivid, crisp, and beautiful. Meanwhile, the print photographs have faded, and the slides hidden away in dark boxes have somehow never made it to the scanner. 1986 becomes 2016. Time to return.

When I realized I had not been back to Yosemite National Park since digital cameras and iphones evolved, my heart skipped a beat. I knew it was a popular destination for nature photographers, and as expected, there were hoards of photographers with their backpacks and tripods, all flocked around the same spots taking the same picture at the same time. I avoided these groups. I also avoided doing any research about where to take good pictures in Yosemite. Instead, I found my own vision, and went where others were not. I let my family lead the way, with no set agenda other than to explore. I carried my camera, and iphone, to shoot from the heart whatever moved me in the moment.

Well, no sooner had I stepped out of the room at Yosemite Falls Lodge in the early morning, then I found myself looking up and being absolutely awe-struck. Click. I allowed myself this one first indulgence, without any thought as to who or how many had taken that same shot. All I could think was "this is for Ansel", and that my first instagram shot at Yosemite should and would pay tribute to Ansel Adams. Thankfully, instagram makes it easy to quickly take and share a shot that Ansel would have spent hours setting up and more hours developing in the darkroom.

First iPhone shot at #Yosemite - how can I not go all out Ansel Adams? I can't believe how glorious this place is. Still. Always. Forever. #NationalPark #nature #naturelovers #california #travelgram
A photo posted by Kymri (@kymri) on Feb 13, 2015 at 8:38am PST

So with that fait accompli, it was tempting to continue to see the park through a black and white lens. But that's not where my heart lies. I see, and feel, in rich vivid saturated color, so I quickly abandoned the temptation to shoot in b/w, and opened my eyes and lens to the colors all around, even in winter.

With my phone, I captured where I stood...and where my steps would lead me. 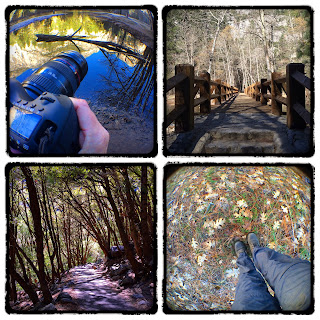 I captured trees dancing with water, and trees standing with rock.

I captured wildlife that captured my attention.

I reflected upon reflections - mirrors in nature are mirrors into ourselves.

And what of that iconic trophy shot I took all those years ago, you know, from the Tunnel Road overview, reputed to be the most photographed vista in the world? At the time I thought I'd nailed it with my Canon AE-1. (Cropped square for comparison sake)


Whether it was 30 years of skill, or 30 years of technology, the iphone shot was a definite improvement. The view was pretty much the same. My skill had improved to the extent that now I knew to chase the magic light, and to be there when late afternoon shadows would give the scene depth and texture. And no, I wasn't pioneering with that intention. There were the other photographers all there with their tripods at the same time taking the same picture. Which still, quite frankly, wasn't remarkable, even in the best light of day, right before the shadow creeps up Bridal Veil Falls. Blue sky? Boring. This is a scene that takes really spectacular weather and light conditions to make it interesting enough to stand out from the rest, but there you have it. It's my least favorite of all the shots I took at Yosemite. Yet it resonates with each of us.

When we humans witness such grandeur, it's in our nature, our human nature, to want to preserve it. We take pictures - we freeze that moment in time and place, when our eyes and hearts fill with the wondrous beauty of our planet.

And then, we share them. Landscapes of the heart.

If you enjoy this post, I hope by now you're already following me on Instagram. You may also want to check out more of my videos on Vine. And keep an eye out for my #Vinecations on the Orbitz Travel Blog - I'll be featuring Yosemite next!

And be sure to check out twitter this week for the #frifotos theme of "landscapes"!