What the Halifax is a Moosehead, eh? 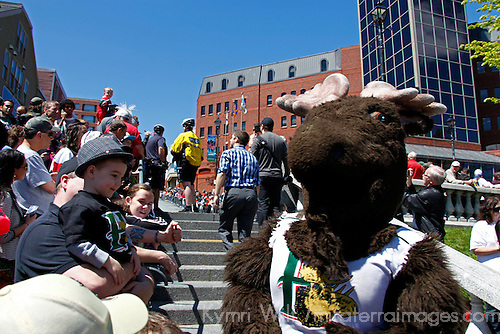 Because timing is everything, and travel is all about the unexpected, this post is all about one single day, which turned out to be anything but ordinary.  It was apparently the most important day of the year to happen to be in Halifax, Nova Scotia. For on this day, the 28th of May, 2013, the Mooseheads brought home their first ever Memorial Cup!  So what does that mean to those of us who don’t speak hockey? 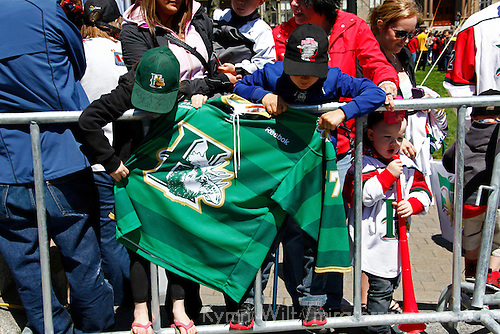 Honestly, before today (last night, rather), I’d probably have never uttered the word “moosehead” in my entire life.  And if I had, it would have been in reference to some animatronic stuffed animal head that hung on a wall and sang in Disneyland.  But as of today, I’m officially, well, whatever it is you call that which follows a moosehead… and let’s keep it clean, people.
So it’s Moosehead fever, baby.  And there's bling involved. Big, shiny blingage. 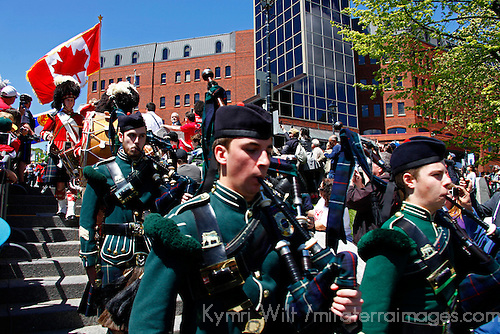 (Note: there are more pictures, keep scrolling if you suffer from BADD - blog attention deficit discorder. If you like stories told with words, continue here)


It started on my flight from Toronto the evening of May 27, which was my first experience on West Jet. It could have been an absolute disaster – weather delays in/out of Chicago meant I missed my original connecting flight from Toronto on to Halifax (that’s YYZ to YHZ for those who speak airport code or update their facebook status in cryptic puzzles).  To compound the potential for disaster, the West jet booking within Canada was entirely separate and not connected to the booking which got me to Toronto, so no, my originating airline was not going to simply take care of re-ticketing me on the next available flight.  Well, long story short, West Jet heroically took care of me without a huge song and dance or fee, and I was on seated on the last flight of the night into Halifax. Well played, West Jet! (and no, my flights were not sponsored, I booked ‘em online).
If I didn’t know any better I’d think every West Jet flight is a comedy show and party plane full of celebrities.  The flight attendant, a self-proclaimed “voice inside your head for the next hour and 40 minutes,” cheerfully called out the seat numbers of every celebrity (i.e. Haligonian hockey player) on the flight to rounds of cheering and applause. This being the last leg of a long day’s jaunt across the entire continent, I could very well have been one tired and grumpy passenger. But try as I might, it was absolutely not possible.  The flight crew and Canadians all around me had me roaring and cheering and constantly wiping the tears pouring out of my eyes from laughing so hard.  I’ve never felt so damn Canadian in my life! (I’m not, by the way, but I still make ‘em proud).
Thanks to a taxi driver appropriately named “Bubbles”, I arrived at 1:30a.m. to the warm welcoming Waverly Inn, and was shown to “our very best room” - isn’t that what they tell guests being placed in rooms of high paranormal activity at haunted hotels? Well, if the spirits of Oscar Wilde or a couple of spinsters were indeed there, they must have also been out partying and celebrating the Mooseheads win, because I haven’t slept so deeply and felt so refreshed upon waking in a very long time.  No doubt the soaking tub helped, and this cool boomerang shaped pillow thingy that cradled my head in the comfy bed. (Note to self: find one for home bed)
The sun burst into the room at an early hour, and I was up and out exploring the waterfront of Halifax, in search of Theodore Tugboat. Well, he must have been in dry dock, but that didn’t stop the whole harbor from looking like a Claymation toyland.  As I wandered around, a few locals here and there were more than happy to say hello, ask where I’m from, and give me some tidbit of local insider news, which always seemed to be the same big news: the MOOSEHEADS won the Memorial Cup! There’s going to be a big parade at noon! Don’t miss it! 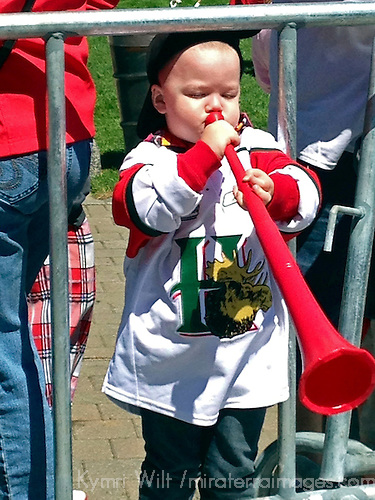 So, being the good Haligonian for the day that I am, of course, I went to the parade and welcomed those Mooseheads home like they were all my own boys coming home from college.  I met mascots Hal (what animal that is exactly I couldn’t say) and Mack (most definitely a moose).  I even elbowed my way through die-hard fans and begged Mack to pose for a “selfie” with me, which I proudly tweeted and instagrammed for all the world to see -  there I was front and center on the red carpet for exciting paparazzi moments with the Mooseheads! 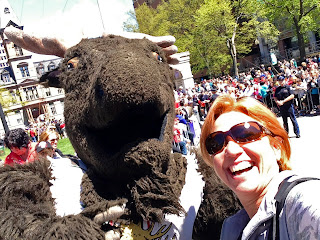 I thought for I’d enjoy a huge spike in my google analytics, and welcome droves of new followers, yep, this would put me front and center on the social media map for sure!
Ahem. Well, apparently the population of Halifax isn’t glued to my twitter and instagram streams, and most of my followers are probably still asking “What the Halifax is a Moosehead, anyway?” so enough of my words... without  further adieu, I present the headline, in photos: 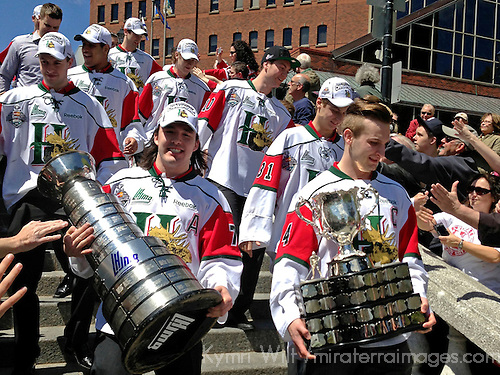 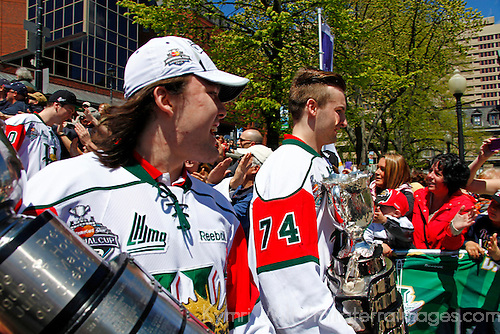 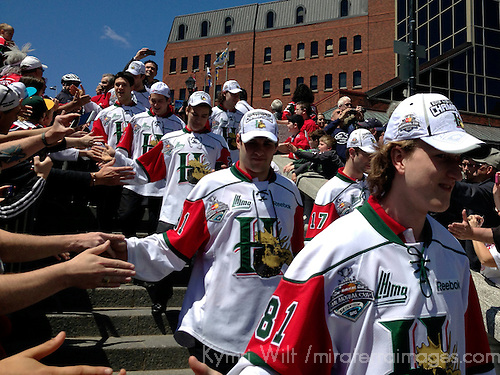 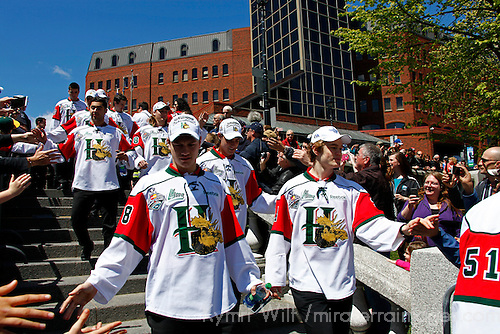 (I'm getting good at this, by the way. Two years ago, in Vancouver, I got off the plane and self-assimilated into a sea of blue-green, immersing myself as a die-hard Canucks fan, at least for a day.  That was short-lived, however, when the same fans I partied with took to the streets in riots the next night….. remember that?  Sorry Canucks,  that was kind of an ugly break-up, I tearfully moved on, but your colors will always be my favorite).

My Top 5 Highlights of Travel in Canada
Another Parade in Canada
How Cool is Ucluelet?

Disclosure: My visit to Nova Scotia is hosted by the welcoming folks of Authentic Seacoast Resorts! My opinions, and responsibility for getting swept up in the whole Moosehead win, entirely my own :)
Posted by Kymri Wilt at 9:52 PM