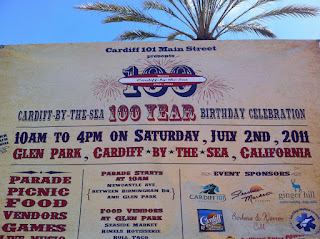 Falling on the heels of Canada Day (July 1), and preceding American Independence Day (July 4), my local community of Cardiff by the Sea, California, celebrated its centennial birthday on July 2, 2011. That's like 100 years old, dude!! 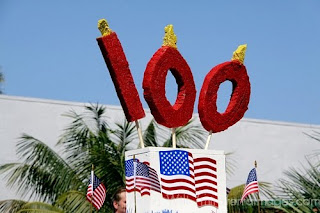 One might think it would be totally overshadowed and lost sandwiched between two nation's birthdays, but in these parts, it was the biggest event of the weekend, and a grand cause for parades, picnics and parties.

In case you're feeling pangs of agony and remorse for missing Cardiff's big birthday bash, I've compiled a few of the highlights - so feast your eyes and take in the atmosphere of a small laid-back surf community's centennial celebration! 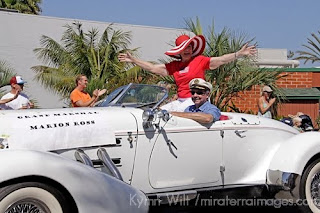 Speaking of families, here's one you see a lot of around town: The Machados 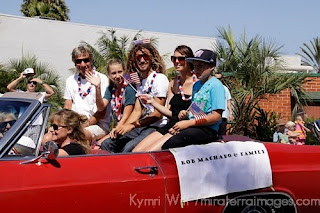 Of course, Rob Machado, the world-famous surfer/guitar player, grew up in Cardiff and has never lost touch with his roots. He gives back so much to the community, particularly the schools, and you can read and see more about his contributions to the Cardiff Education Foundation in this post from 2008: Rob Machado: Because He Cares.

Clearly, classic cars were a theme in the parade - given that Cardiff sits on a stretch of the Pacific Coast Highway 101, a favorite for Sunday cruises. The parade included many models from a 1917 Model T (San Dieguito Heritage Museum) to a 1970's Hot Rod. 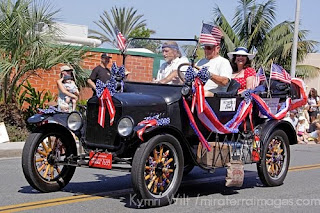 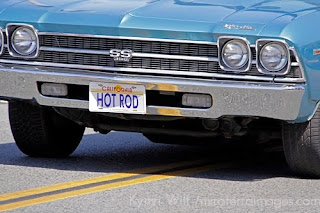 What I loved about this particular parade entry is that it almost looked like a local resident accidentally turned in to the parade route...classic cars with boards sticking out are an everyday sight around Cardiff:

A few of the more active parade entrants choosing to go on foot include:

Plus, an honorable mention for the Costume Contest Winner: A Walking Sandcastle! 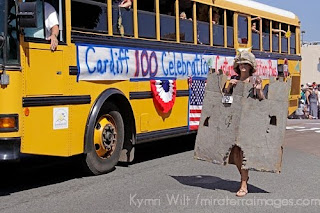 If there's anything we Cardiffians love as much as, or perhaps even more than, classic cars and surfing, it's walking our dogs. So naturally the parade would have to feature lots of them - worthy of their own slideshow:

Of course, there are many great places in Cardiff that the dogs love to explore, and Cardiff wouldn't be nearly so beautiful were it not for these two organizations in particular:

The Cardiff Botanical Society - responsible for the beautification of public areas such as Carpentier Parkway, which was officially dedicated April 30 as part of Cardiff's centennial celebration: 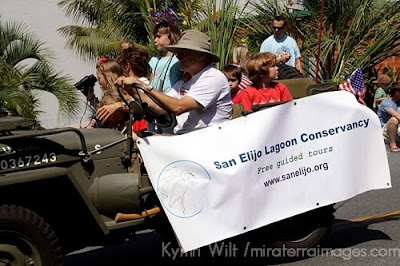 The parade route finished with a big party in Glen Park, and while the linked article covers it nicely, I wanted to share two of the more artistic aspects which caught my eye:

And this guy, Dylan Barmmer, performing "Random Acts of Poetry" - another local artist passionate about the community, be sure to check out his Ode to the Surfing Madonna video. 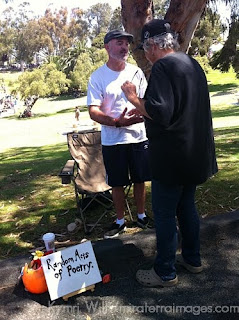 Follow this link for the full gallery of images from the Cardiff by the Sea 100th Birthday Parade.

For more information about visiting Cardiff by the Sea, please check out the Chamber of Commerce site, Cardiff 101, and Beach California. Maybe you even want to consider dwelling here!

Cardiff by the Sea on Dwellable

You can always contact me for tips and suggestions as well!

Have a Happy Holiday Weekend!