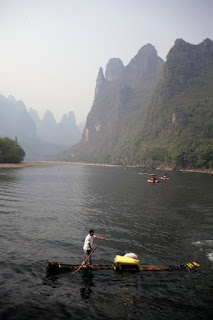 For those unfamiliar with the term SUP, Stand Up Paddling is an evolved form of surfing (and a growing trend in the waters of southern California), where one stands up on a thicker wider version of a surfboard with a paddle to ride the waves (or simply to hang out and get in the way of surfers, who refer to them as "sweepers").
Stand Up Paddling is really a renewal of an ancient form of water transportation, which is most commonly credited to the Polynesians (who get credit for just about everything surf-related by those who surf), or less commonly to the indigenous peoples of Lake Titicaca in Peru/Bolivia (for those who travel beyond white sandy beaches and the tip of their surfboards). Obviously, in Polynesia they took to the ocean, and in Bolivia/Peru they took to a lake. But what about ancient river civilizations? Would you ever imagine a form of stand up paddling in...Asia?
Now, I’m not one to argue the age of civilizations, but last I heard, the “ancient secret” is Chinese, not Polynesian or Bolivian. Perhaps the ancient Chinese secret is not just a laundry detergent; perhaps there are many ancient Chinese secrets yet to surface...
Guilin, China, boasts an amazing landscape of limestone formations, which - get ready for the anthropological, geological, and historical link - once formed the terrain of the ocean floor. Now a landlocked pocket in southern China due to a series of plate tectonic events, there was a time when Guilin rested at the bottom of the sea. It’s one of those facts that just puts me in awe of our planet, and to visit Guilin today, I really feel as if I am exploring the ocean floor.
The Li River flows through Guilin, and a scenic cruise on the Li River is the biggest draw in the province. Most people come for the scenery, but for me, I felt like I was a special envoy from southern California on assignment to search for the roots of Stand Up Paddle Boarding, and I was about to break the code that would turn the surfing world upside down.
DID STAND UP PADDLE BOARDING ORIGINATE IN CHINA???
Since I’m not an anthropologist, but a photographer, I really do better arguing my point with photos rather than words. So following I present my “photo thesis” as documented evidence that stand up paddling began, and continues to this day, in Guilin, China.
"In 314 BC, a small settlement was established along the banks of the Li River." (source: Wiki)
"In 313.99 BC, the first stand up paddle board was crafted from bamboo by some dude who took to the water with a broom in hand."(source: Kymri) 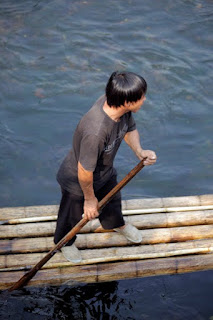 Exhibit A - The early morning line up: 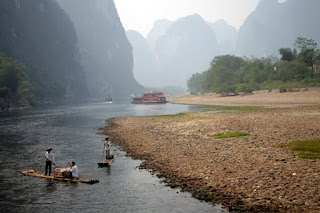 Exhibit B - The sunset line up: 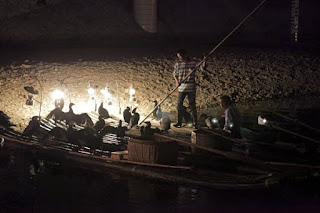 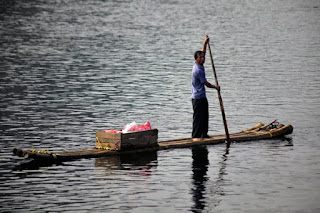 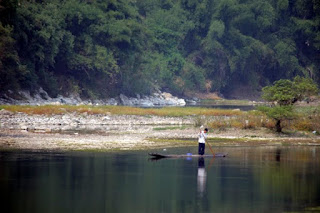 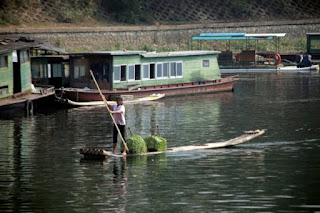 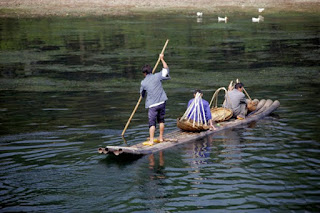 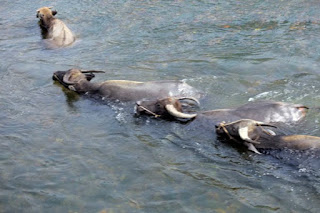 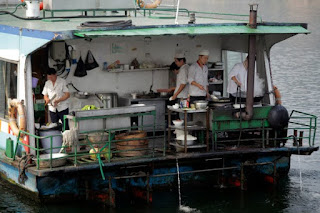 Exhibit I - The catch of the day: 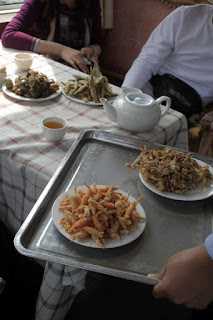 Exhibit J - Dude, got a cerveza for a bro? 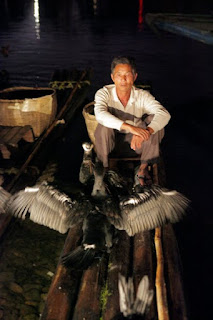 Oh, and just one more historical reference:
In 2006 AD, a Hawaiian named Gary Young started shaping bamboo surf and stand up paddle boards. Considered a "pioneer" of shaping bamboo boards, clearly, he wasn't the first. I don't know Gary, but I do like what he's doing and hope to someday get a board from him. And if it has a "Made in China" stamp on it, all the better.
Posted by Kymri Wilt at 11:48 AM