It's Photo Friday, and that means another travel photo post of Kids Around the World. Today I just wanted to share one photo that illustrates what makes my theme so fun. Here's the photo:

These Peruvian boys were playing in an open area of Aquas Calientes. I took a picture, and then they all rushed over to see themselves on the digital display on the back of my Canon EOS 5D. And then I took another picture, above, of their faces of approval. Upon seeing that, they just wanted more. And more.

It's not the same as a print, but the instant gratification on the kid's faces speaks for itself. My greatest pleasure in photographing children around the world is the ability to show them their image immediately. The best photo from the shoot is invariably the one I take of them immediately after seeing themselves on my camera display.

Happy Photo Friday! Check out delicious baby for more takes on Photo Friday, and here's the link to see more engaging images of children in Peru.
Posted by Kymri Wilt at 9:52 AM 3 comments:

Photo Friday - Kids Around the World 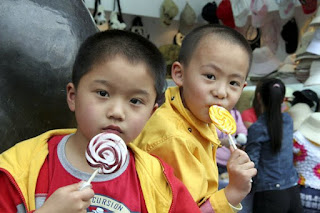 These two brothers and their matching coats and lollipops just had "lucky" written all over them. In China, under the one child policy, it is considered lucky to have a boy, but to have two boys is double lucky. And as if that isn't enough, they are wearing the colors of luck, and have lollipops to match.

Of course, I had a feeling that posting this image and "telling it like it is" re: kids in China would stir some sentiment. The first comment I received on this post proved so. I agree. While this is by no means an effort to sugar coat the realities, I decided to add 2 more photos to this post, along with the story behind them.

First, the adorable smiling girl I noticed at the Jade Buddha Temple in Shanghai: 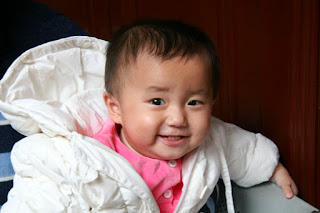 Well, what really caught my eye other than her contagious smile was the person holding her. Of course, it was he whom I asked permission to photograph his darling girl. He replied with a thick Spanish accent. Turns out he was the newly adopted father for this little Chinese girl. He and his wife came from Spain to adopt her, and were spending some time traveling the country with their new daughter. I have rarely seen a father exuding so much love as this man. When I commented that she is so lucky to have been adopted by such a loving parent, he replied, "no...I am the lucky one." 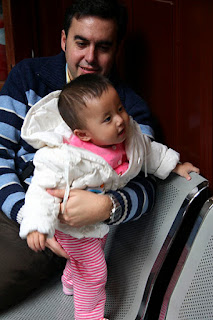 Be sure to check out Delicious Baby for more takes on Photo Friday!

And follow this link to see a whole gallery of China images.
Posted by Kymri Wilt at 7:19 AM 7 comments:

Mother's Day - Moms Around the World 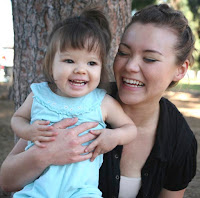 Mother's Day - Images by Kymri Wilt
And being that it's Photo Friday, be sure to check out Delicious Baby!
Posted by Kymri Wilt at 8:08 AM 5 comments:

Photo Friday - Kids Around the World

I've recently discovered a fun idea called Photo Friday - the original idea comes from Delicious Baby, where users are invited to post a travel picture every Friday which links to their blog. I'm inspired to post more frequently on my own travel blog, so I'm adopting the idea....sort of.
For my brand of Photo Friday, I've selected a theme. I'm going to dedicate every Friday to posting a photo of a child or children, anywhere in the world, from any of my travels, regardless of where I am or have been most recently. Naturally, the image I post will be for linking on Delicious Baby, but it's also motivational step toward more frequent blogging! And since the source of my inspiration is another traveling mother, well, I figure kids would be an appropriate subject. 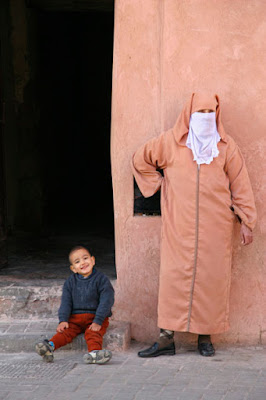 I just love this picture. The mother saw me hold my camera up, and rather than covering her face or waving me away, she simply moved her eyes another direction, while her son engaged fully with the camera. To explore more faces and places of Morocco, please visit the Mira Terra Images Morocco Gallery. And if you're interested in discovering this enchanting country and people, join me on my next journey to Morocco, with TRAVCOA.

Enjoy, and happy Photo Friday!
Posted by Kymri Wilt at 8:55 AM 4 comments: