It's September and summer is still here in San Diego, with warm clear waters in the lower 70's and continuing great surf (well, great for the green surfers like me). And I finally got a photographer to capture me in the surf, thanks Jeff Hamby!
The first week of school is often the best week of surf for the rest of us. Finally, some room in the water! Until the weekend that is. It was the first Saturday after school began for most surfers. And La Jolla Shores was packed. Boards were lined up like horses at the starting gate, and claiming your wave was like merging onto the freeway, but with other merging lanes to the left and the right at the same time. Once up on a wave, you dodge boards and surfers the entire way in, and hopefully they dodge you! It feels like the little guy on "Frogger" trying to cross the road! But oh, so worth it. Here's the latest of me on my newly acquired "woody" longboard, I love it! 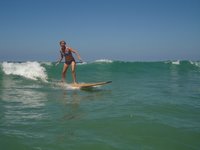 And here's my big bro Bob back in the day on his longboard taking the curl: 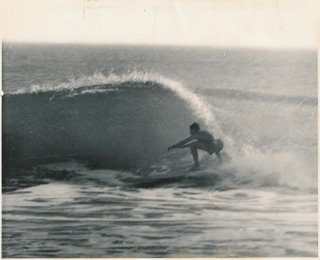 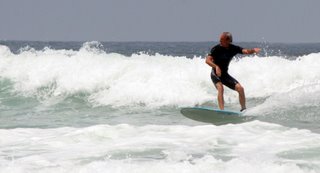 Summer is here! While summer is high season for most travelers, it is low season for travel photographers. Luckily, I don't have to get on a plane to scope out one of the hot summer destinations, it's right here in my own backyard. And how best to enjoy the beaches of southern California? SURF of course! Basically, this is where you'll find me every day that I don't have an assignment, and even when I do. 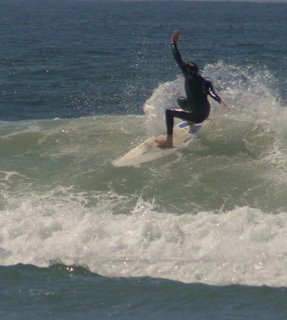 After I stumbled upon a sting ray at La Jolla Shores last week (I know, I know, "shuffle, don't step", come on people, I'm a native, it was just a matter of time!), I decided to bother the marine life a bit closer to home, and took up surfing at Cardiff Reef. Now this is cool. Today just beyond the reef there were seals hanging out, and as I paddled out over the reef I watched bright orange garibaldi swim beneath my board. The water was warm, clear, and the waves big and gentle. While it takes forever to paddle out to the break, it's worth all the effort when you can ride a single wave all the way in - my longest ride yet, I even got sunburnt (yes, it's bikini warm). 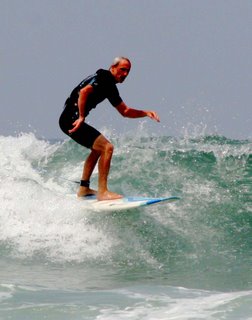 Although I've yet to find a photographer to capture me surfing, I thought I'd post a few images I've taken of others surfing locally. Most recently, here's Kevin at the reef, an unknown surfer at Del Mar, and my daughter taking her first lessons on a body board (hey, never too young to learn!). 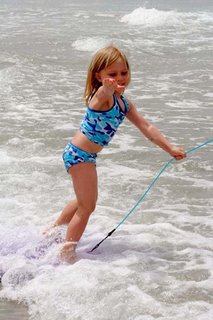 But this post would not be complete without a picture of the most inspirational surfer I know, my brother Ben. He was surfing in the 60's, and is surfing still in his 60's. He's been published several times over the years, so I'm sure he won't mind another. This was taken during a winter swell in Malibu, he was out there on his shortboard (he took up shortboarding when he turned 40) and the waves were mighty. Now that my lens is repaired (the focusing ring had broke, but the images are worth posting anyway), I'll be back up there this winter and can't wait to post more amazing shots of an amazing surfer! Here's big bro Ben in Malibu: 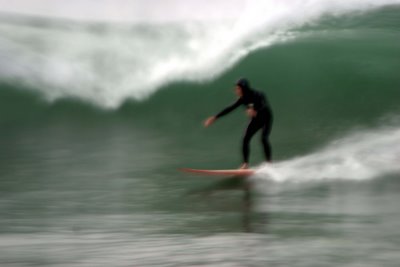 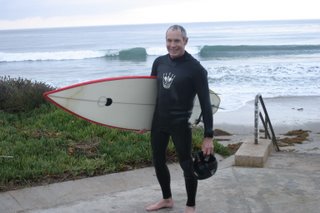 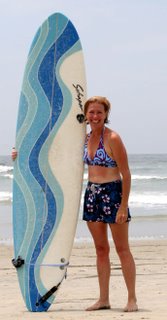